The Golden Dawn, together with foreign Nazis, held a ceremony to mark the anniversary of Imia and Hitler's victory! 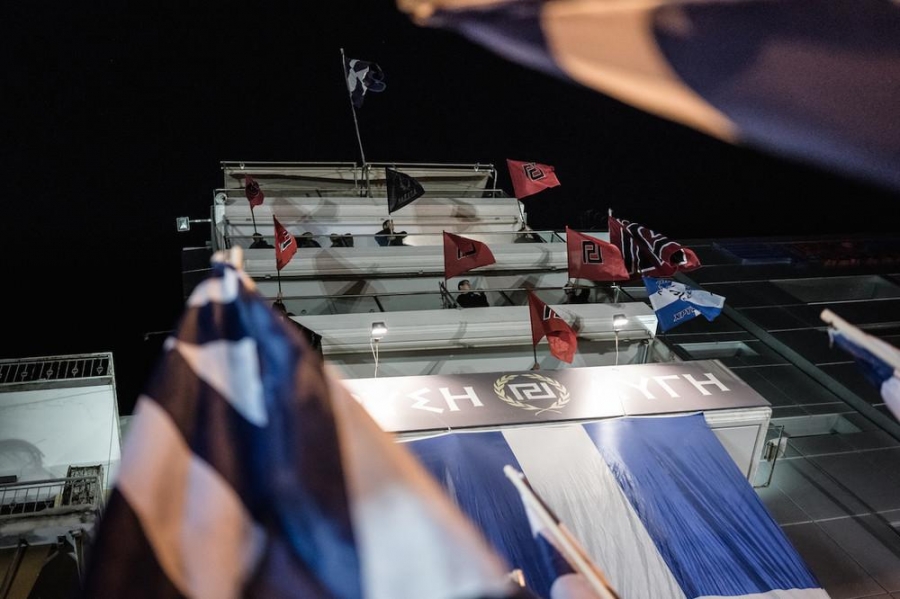 Photo by Vice: http://www.vice.com/gr/read/touristika-tours-i-xrusi-augi
Ceremony to mark the anniversary of Imia?

Like every year, Nazis from Germany and other countries took part in the demonstration held by the Golden Dawn (supposedly) for the anniversary of Imia on January 30.
Translated by Yiannis Oikonomou

Like every year, Greek media made no reference to the presence of foreigners even if it is always conspicuous, probably because, rather than reporting, they mechanically regurgitate any text and picture distributed to them. There were exceptions this year, such as an extensive photographic report by Vice Vice (Neo-Nazi 'Tourists' in Athens) and -with a fleeting reference to the "participation of like-minded people [viz. Nazis] from Germany and Serbia" – an article in the Efimerida ton Syntakton (Under the title Low attendance even if we count those ... imported). Several days later some specialized blogsstarted mentioning the event in detail. At first they mentioned only the Germans (JailGoldenDawn: Ceremony in memory of the German dead during the German Occupation held by German "tourists" paying a visit to the Golden Dawn και Jungle Report: German Reich flag hoisted on the Acropolis by German 'tourists' paying a visit to the Golden Dawn). Only the January 28 violent attack (which had political, thus fascist, motives) by 'anti-authoritarians' (essentially authoritarians) against the German Nazis, which saw 5 of them hospitalized, was reported on in detail. Also like every year the Golden Dawn itself made no reference on its website and its newspaper to the presence of foreigners in the events it organized and saw to it the foreigners and their many banners were not shown in the videos and the photos the published. What does all this mean? It means that the Golden Dawn holds two annual memorial ceremonies. One shown to the uninitiated Greek public regarding Imia and another for their initiated members and Nazis from other countries in honor of Hitler's electoral victory of January 30, 1933 which led him to power ...

The largest delegation was undoubtedly that of the Germans of the "Third Way", a party that was founded in September 2013 as a continuation of the "Free Network of the South". The latter was founded in 2009, and in 2013 it came close to being banned. It was finally banned in August 2014. Militants of both organizations come from the main Nazi party, the "National Democratic Party of Germany" (NPD). Almost all annual events of the Golden Dawn for Imia in the last ten years at least were held in the presence of delegations from these German Nazi organizations. In the past the NPD leadership was represented, even by current MEP and then leader Udo Voigt. Later on only split groups sent delegations. Each time, just like this year, German Nazis hold a memorial service at the German Military Cemetery in Dionysos, Attica. This year they added to the program a visit to the Acropolis where they took photos of themselves with the first Nazi flag! They reported extensively on activities on their website (Der Dritte Weg) and on their Facebook page (Der Dritte Weg) 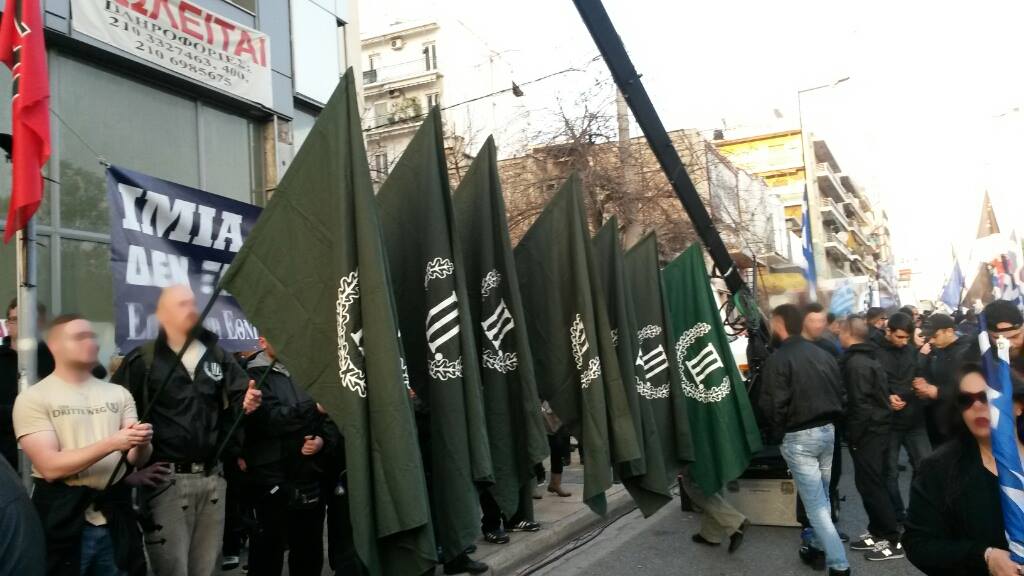 The German Nazis who took part in the event, at the German Military Cemetery
Photos Der-III-Weg: http://www.der-dritte-weg.info/index.php/menue/1/thema/69/id/6145/akat/1/infotext/Der_III._Weg_beim_Imia_Gedenken_in_Athen/Politik_Gesellschaft_und_Wirtschaft.html

The German Nazis who took part in the event, at the German military cemetery and on the Acropolis
Photos Der-III-Weg: http://www.der-dritte-weg.info/index.php/menue/1/thema/69/id/6145/akat/1/infotext/Der_III._Weg_beim_Imia_Gedenken_in_Athen/Politik_Gesellschaft_und_Wirtschaft.html

Also present were representatives of the "sister" Cypriot party "National People's Front" (ELAM), the only participant mentioned by the Golden Dawn, especially since its leader was among the speakers, the Italian "Forza Nova", the French-speaking Belgian "Nation" , the Spanish "National Democracy", as well as some Serbs and Australians from unidentified organizations. 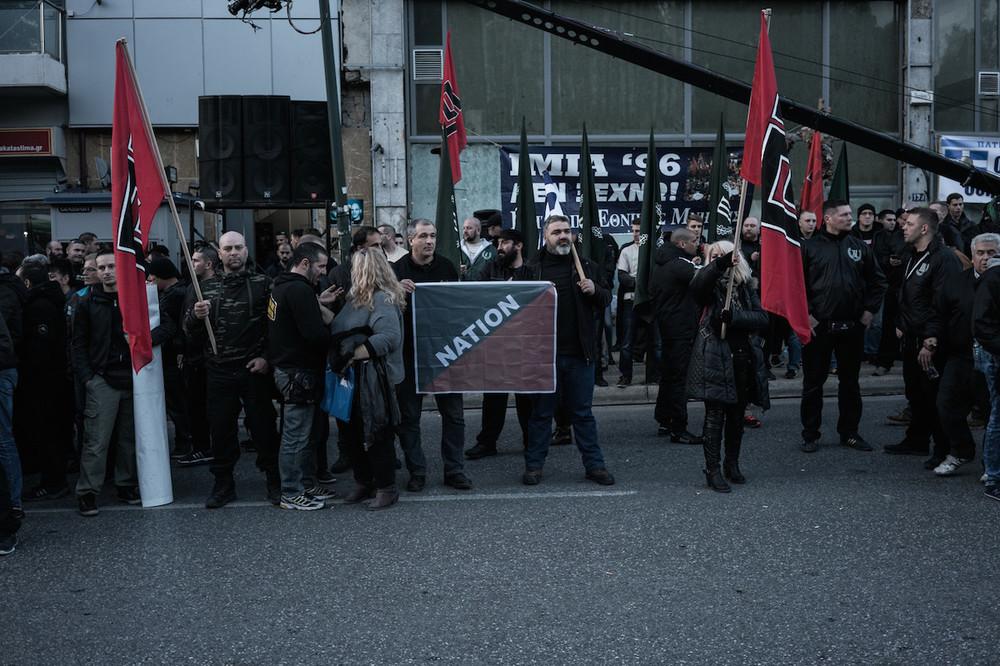 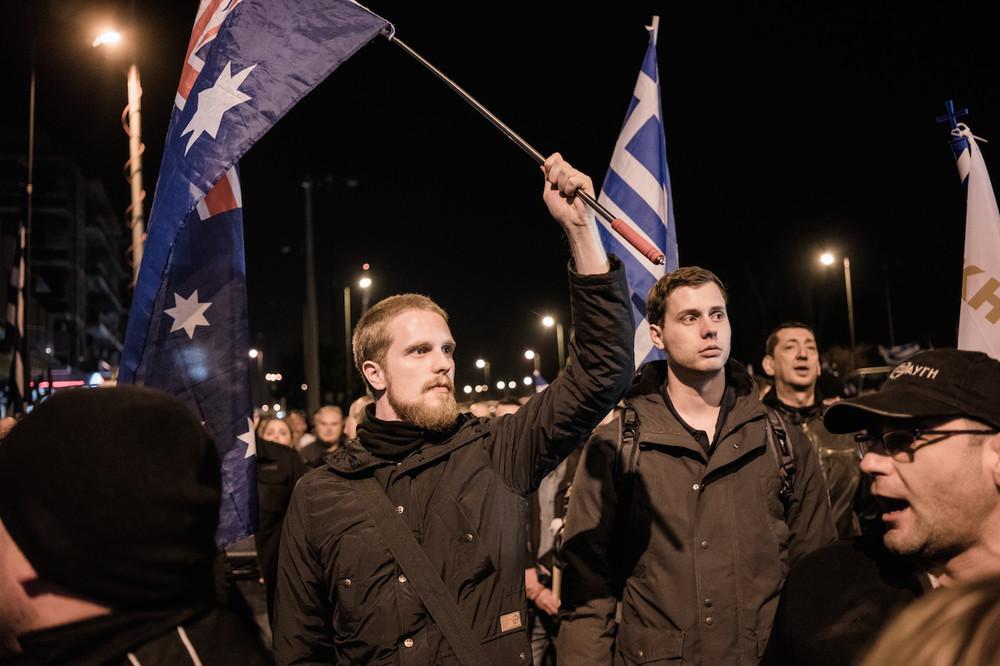 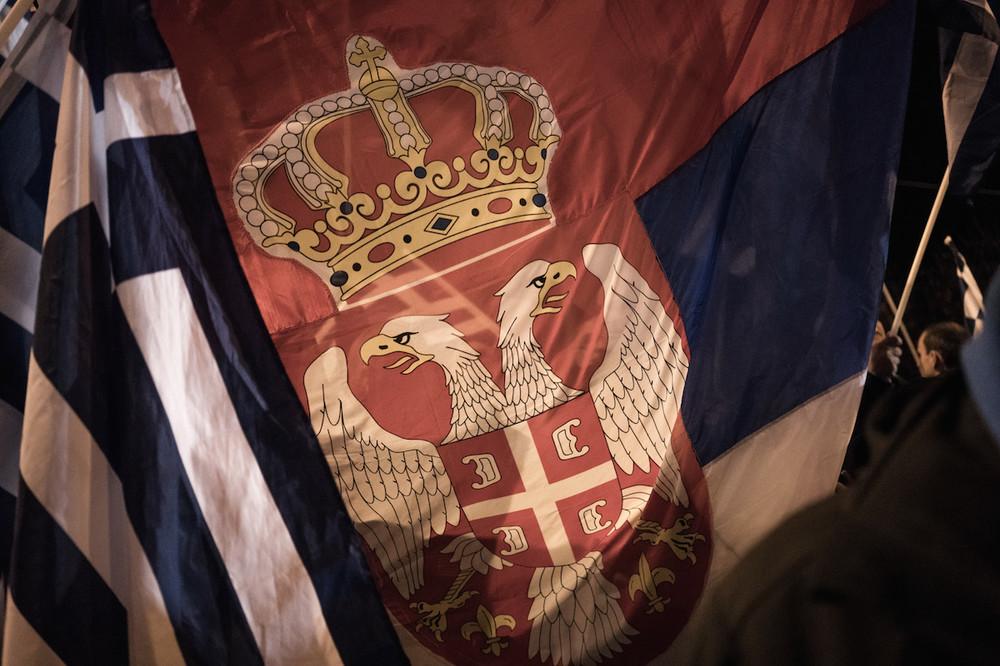 Another interesting participation was that of the hooligans' organization of London's Chelsea Football Club "Headhunters" headed by the notorious Andrew 'Nightmare' Frain. Andrew Frain has been imprisoned several times in the past for violent and other crimes (A 'Nightmare' in Belfast). He came in Athens in the hope of repeating his 'exploits' there as he wrote on his Facebook wall:

The last and most interesting participant was the National Rebirth of Poland (NOP). Its delegation included Poles from both Poland and Greece as well as the notorious Englishman Kevin Lazell! The NOP has a "Greece Division" [sic] managed by Adam Mikulski who presents a called Radio emigrant on Polish internet radio for immigrants. He also offers tourist services for Polish visitors to Athens. How many of his customers or of the people active on Internet radio are aware of his Nazi activities? Interestingly, the NOP delegation also included Kevin Lazell, a former militant of the British National Party and currently a member of the National Front, though according to Hope No Hate he is a police informant (National Front march begins and ends in disgrace). Recently Lazell started cooperating regularly with Polish Nazis. 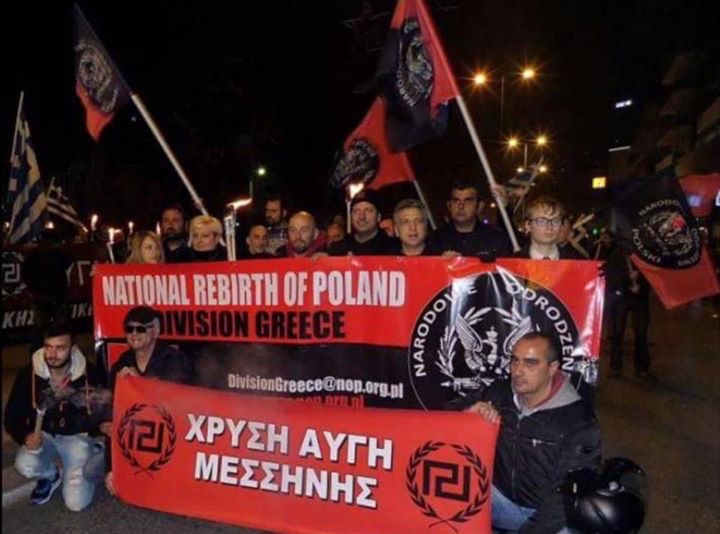 The only photo with members of the Golden Dawn posing with foreign (Polish) Nazis. However, this photo was posted only on the website of the Poles, not on the Golden Dawn site. 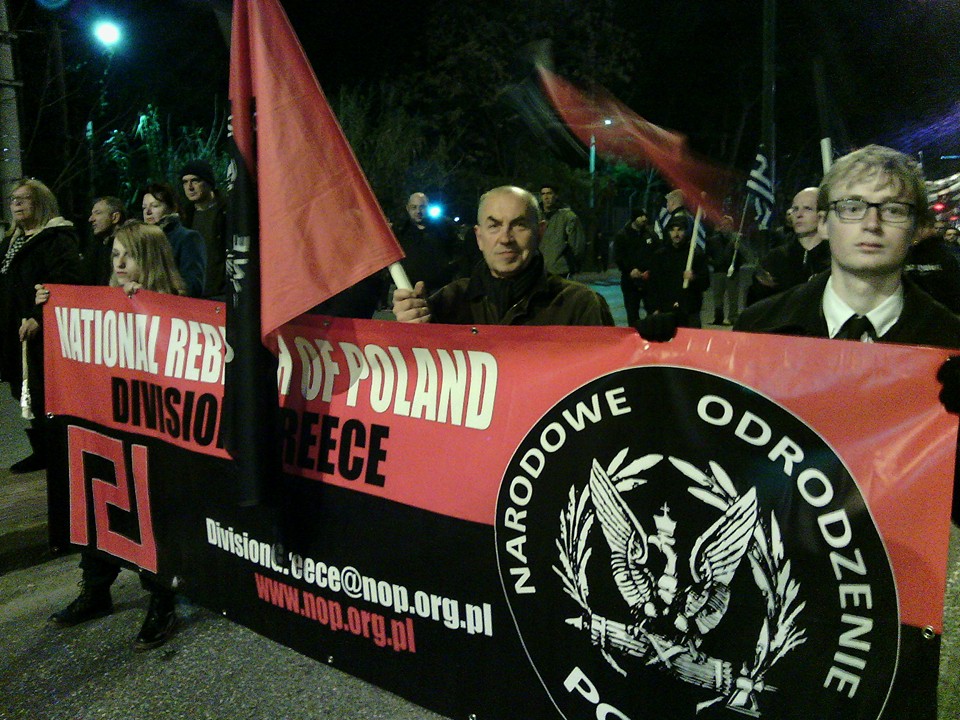 
Golden Dawn, together with foreign Nazis, held a ceremony to mark anniversary of Imia and Hitler's victory!

Source: TheBooksJournal | Wednesday, 24 February 2016 | Click here for original article
Like every year, Greek media made no reference to the presence of foreigners even if it is always conspicuous, probably because, rather than reporting, they mechanically regurgitate any text and picture distributed to them. There were exceptions this year, such as an extensive photographic report by Vice Vice (Neo-Nazi 'Tourists' ... 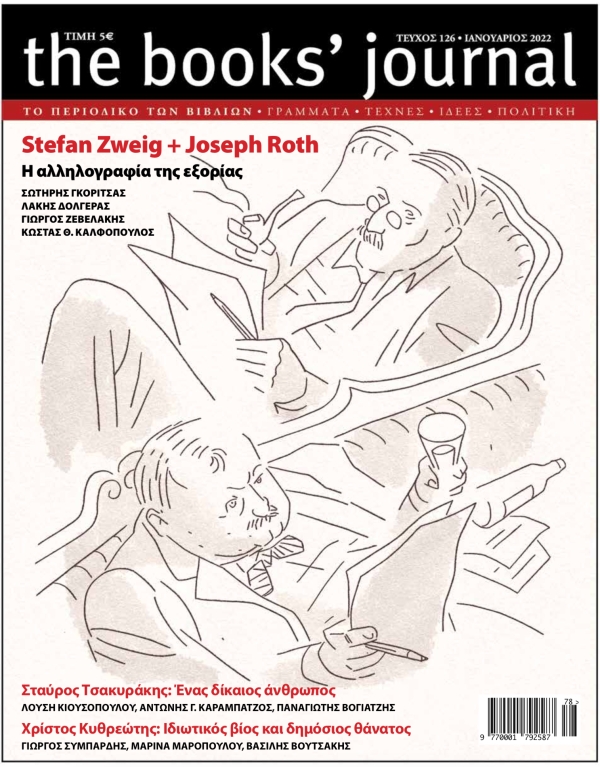 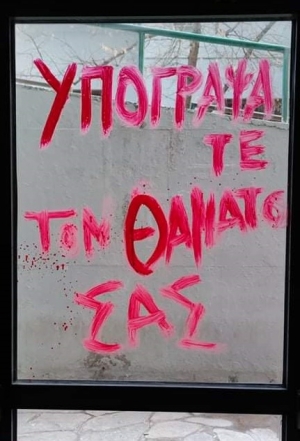 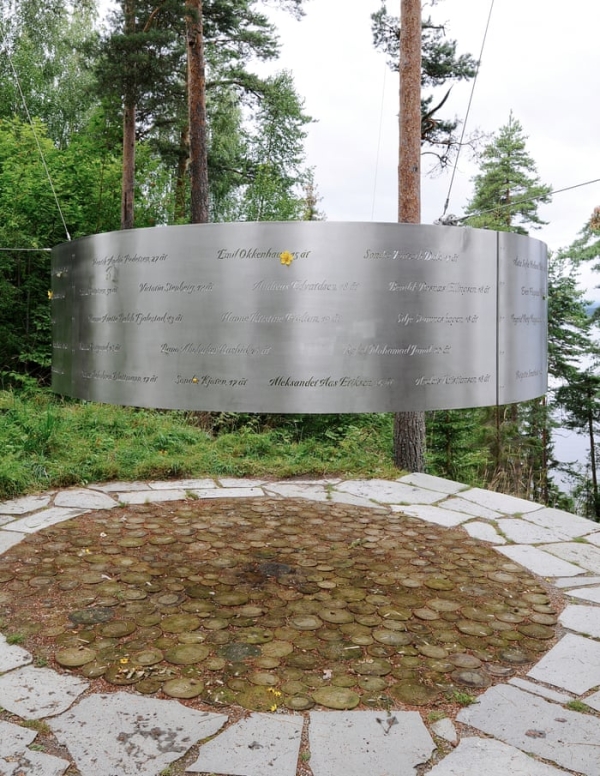 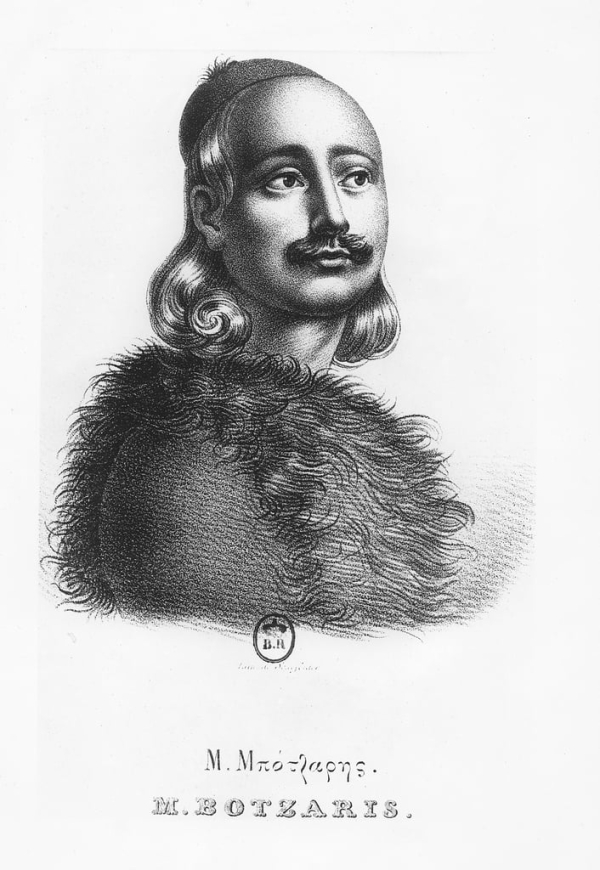 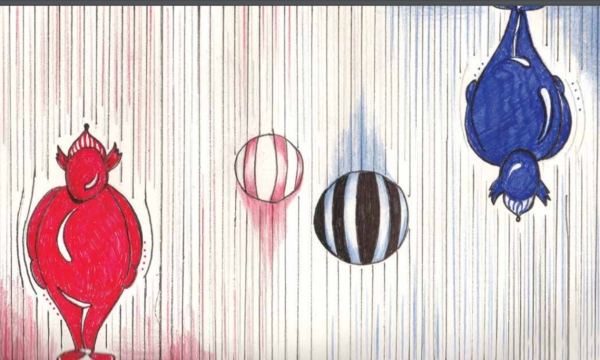 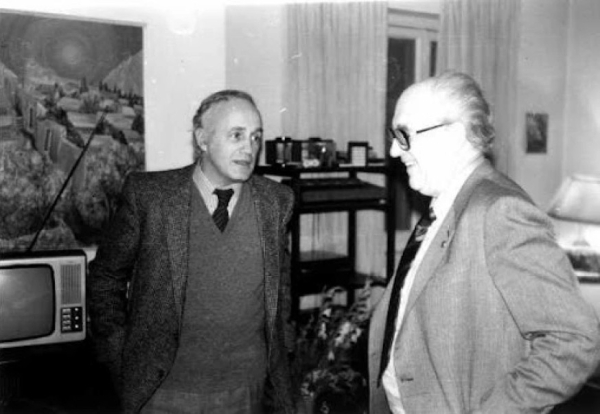 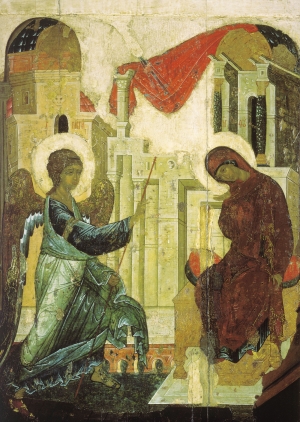 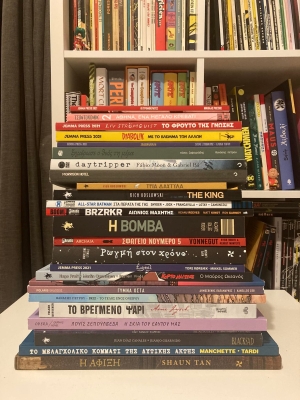 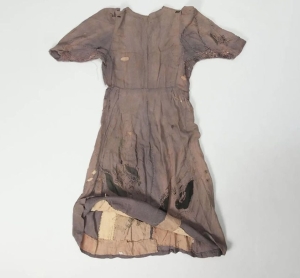 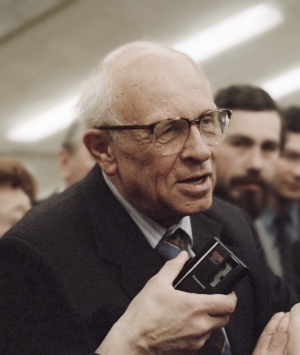 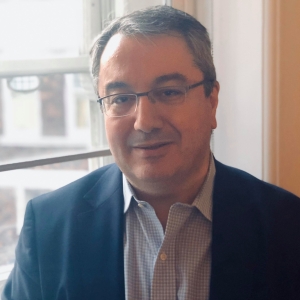 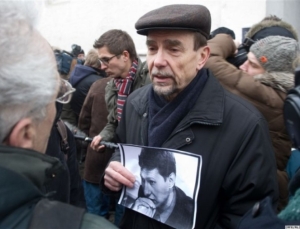 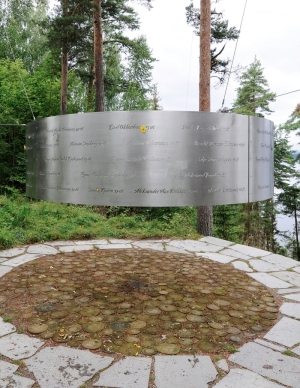 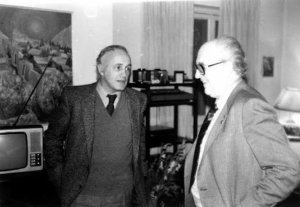